Dive centre and accommodation
A big thank you to Tony Fitzpatrick for organising a brilliant week of diving at Pissouri Bay Divers in Cyprus. Dive centre owner, Steve, is a total professional, who has an absolute love of diving. He and his team set up an excellent dive programme of wrecks, reefs and wildlife for us, and our group and Steve’s team were on the same wavelength from the outset, with banter and jokes flying from all sides. The dive centre is very well set up, with a shop, briefing room/workshop, kit washing/drying area and compressor.

Our accommodation, at Kotzias Apartments, was five minutes’ walk from the dive centre, and offered well maintained holiday apartments, with cooking facilities and balconies for drying off clothes and/or dive kit. (Though in fact, we were able to leave all our dive gear safely at the dive centre to dry out overnight.)

Two shakedown dives at Airport Reef opened proceedings. The site was a shore entry, located adjacent to Paphos airport. Irregular rocks, steeply shelving sand and unpredictable waves made the entry challenging. However, once in the water, a nice series of gullies led out to sea grass and sand, with a max depth of around 16 metres on both dives. There wasn’t much sea life to be found, apart from a few shoals of small fish. The exit was also hard work, even with fins off, and rocky potholes lurked under the waves, causing a few slips. Nevertheless, the dives were a nice reintroduction to warm water diving, with a sea temperature of around 27° C.

The massive Zenobia vehicle ferry wreck is justifiably Cyprus’s best known dive site. Our group headed out early driving over to Larnaca to board the dive boat “Queen Zenobia” for two dips on the 172 metre long wreck. Depths on the wreck rang from 16 to 42 metres, with the ship sitting on its side, at 90° to the sea bed. To take account of NCD limits, diver grades and personal dive preferences, the group split into various configurations to examine the wreck’s exterior features, such as its lifeboats and deck winches, and penetrate the interior. Across the two

dives, we explored the accommodation area and swam through the Zenobia’s cavernous vehicle hold, with its cargo of over 100 lorries still chained to the now vertical decks.

A short RHIB ride out of Pissouri (thanks to boat owner, Yiannis), took us to a fascinating area of pinnacles, walls and swim throughs, with depths ranging from around 10 metres, dropping off to what looked like around 60 metres or more. The group dived in two waves, with both groups covering the same plan. The site features an impressive 60 metre cave swim through, though the cave entrance, at around 36 metres, meant that not everyone did this one. However, on the second dive, we found a previously unknown cave and chimney,  which gave a nice swim though, exiting vertically through the chimney. Another feature was the wing (or tail stabilizer?) from an RAF Canberra, which crashed on the shoals in 1954. Little seems to be known about the crash, or the location of any other wreckage, so there is scope for more exploratory dives. We also spotted first turtle of the trip at Jubilee Shoals, though unfortunately, it was not seen by everyone.

These are two purpose-sunk wrecks, just out from Limassol. Steve enlisted the services of Limassol dive shop owner Marcel, who took us, plus a few more divers besides, on board his large RHIB for the short run out to the trawler, Constandis. The wreck sits upright, at around 24 metres depth to sea bed. Much of the machinery used for hauling in the nets is still in place, which makes the wreck’s exterior interesting. The interior is easily penetrated, with exits visible at all times. A resident grouper greeted the various divers as the descended down the line., and we spent an enjoyable dive swimming through the cabins and engine room.

After a short surface interval ashore, we headed out again, this time to the Lady Thetis, which sits upright in around 18 metre of water. Again, there were plenty of easy swim-throughs, and as well as more groupers. As on many local sites, lionfish have also taken up residence on the wreck. These were two very enjoyable dives, with plenty of opportunity to practise penetration skills.

Day 5, Wednesday: The Elpida and the Zenobia (second visit)

The day’s dives took us back to the Zenobia, again aboard the “Queen Zenobia” dive boat. But first, we dropped in on the wreck of the Elpida (Greek for Hope), a purpose-sunk 63 metre-long cargo vessel, which sits at a max depth of 28 metres, in effect forming an artificial reef. Arriving at the site, the wreck was clearly visible from the surface, with schools of fish finning over the vessel. As we dropped down the down the shot line, it was clear that this large wreck would give ample opportunity for penetration, but again with plenty of visible exits available at all times. The ship was sunk in 2019, but has already attracted a healthy population of marine life, which, combined with great visibility, made for an excellent dive.

After the Elpida, we moved on to revisit the Zenobia. This gave us a chance to explore some different locations on the wreck, or get a different view of familiar ones. Divers who had not penetrated the accommodation area on the previous dives were able to take this route, while another group dropped down to swim up inside the now vertical bridge section. But even after three dives on this trip, there is still plenty more to see on the Zenobia and a return visit is essential.  Andy summed it up: “Highligh of the whole week, dropping through the bridge, mind blowing stuff. Thanks again to Tony for organising an awesome week.”

This was our final day of diving, and we had a choice of scenic dives – one at Ayia Napa’s underwater sculpture park and a second at the Green Bay nature reserve – or a drift dive to explore more of Jubilee Shoals. Most of the group went for the MUSAN and Green Bay option, and the sculpture park lived up to its billing as a top site for photography, with the sculptures featuring a range of environmental themes. Green Bay presented turtles and cuttlefish, among other marine life.

The Jubilee Shoals group had a good drift dive along the main wall, dropping to around 30 metres to revisit the chimney swim though and take a closer look at the Canberra plane wreck. No further wreckage was spotted, and with the wish to avoid deco, there wasn’t the option to stay longer or look deeper. Steve from the dive centre is planning to explore further, so next time Branch 5 visit the site, more of the Canberra’s story might be know.

With Thursday being our last diving day, we organised a night out with our group, the Pissouri Bay Divers team and several other divers who’d joined us on trips over the week. The evening was in full swing when phones began pinging and a nearby bar started playing the UK national anthem. Although not unexpected, the news of Queen Elizabeth II’s passing still came as a shock. Andy summed up everyone’s thoughts by proposing a toast to honour the late queen and the new king. The toast was gladly made by all present, British, Cypriot and other nationalities, which reflects the high regard in which Queen Elizabeth II is held across the world. She will be greatly missed.

A late flight on Friday night allowed us to spend the day at the apartment complex’s pool and giving time to ensure that everyone’s no-fly restrictions had cleared. The final part of a highly enjoyable dive trip was for us all to drop back down to Pissouri Bay Divers to say our final goodbyes to Steve and his team, and discuss plans for a return trip next year.

We’d like to thank…
As mentioned, Tony Fitzpartrick took the initiative to organise the trip, and spent much time exchanging emails with Steve to put together a comprehensive diving programme with sites and activities to suit all members of our group. Having dived with Pissouri Bay Divers before, Tony knew that Steve and his team would be a good fit for a Branch 5 group. Both Tony and Steve were also a great source of knowledge on which local bars and restaurants to visit, including “up the hill” in the charming old village of Pissouri. Thank you again to Tony for getting it all together for us and ensuring we had a great trip.

As a note on Pissouri Bay Divers, they are certified as both a BSAC Resort Centre and a PADI school, and have an extremely wide breadth of knowledge and experience. Steve and his team worked ceaselessly to make sure that everything ran smoothly for us, including sorting out a couple of glitches with kit (at no charge), and regularly ordered in a case of beer to assist with post-dive debriefs. A big thank you to Steve, Nikki, Mike, Holly and Emma.

We were also joined on most of our dives by some of Pissouri Bay Divers’ regular customers, who either live in Cyprus, or come out from the UK to dive with them every year. As you might expect, they are a great bunch of divers, so a big shout-out also goes to Jack, Shaun, Kathy, Daz (Darren) and Paul. 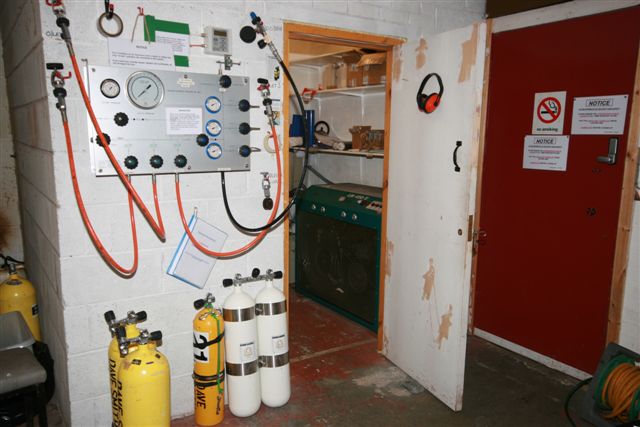 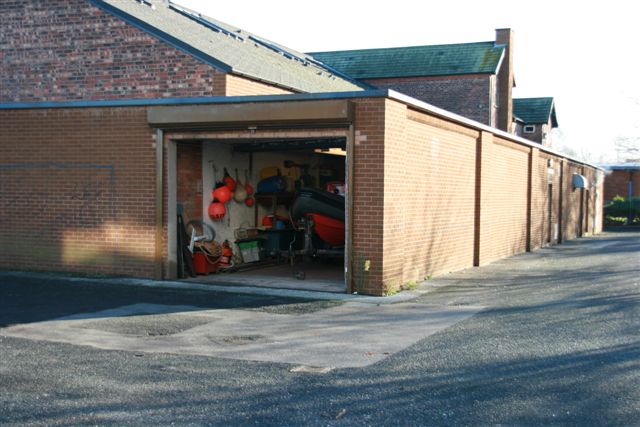 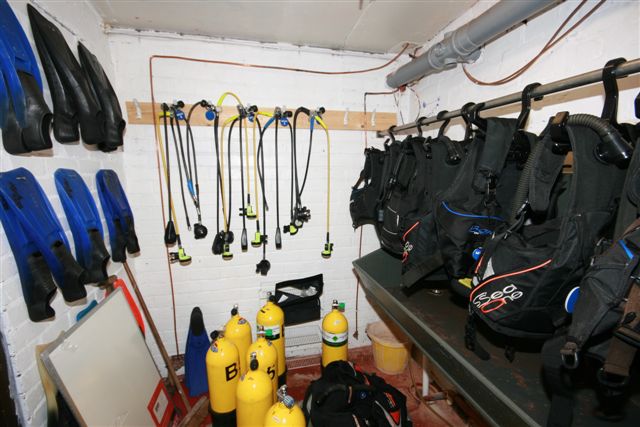 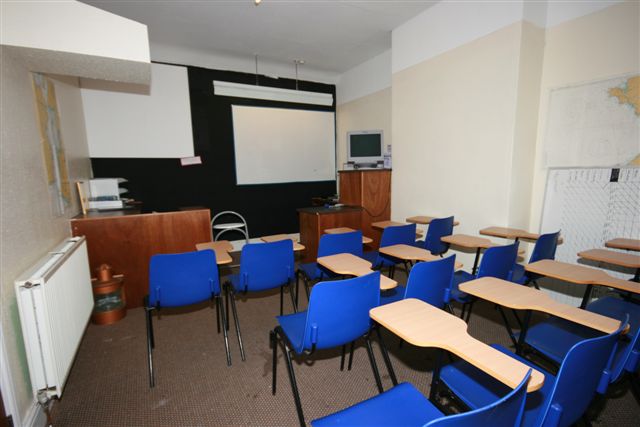